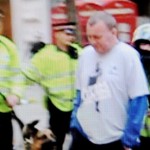 Many of you will be familiar with the footage of Ian Tomlinson apparently being struck by a Metropolitan Police Officer in London on the day of the G20 protests. After the footage was aired, senior members of the Met Police were quick to promote the narrative of a “bad apple”. They pointed out that the Met Police is an organisation which includes some 50,000 people.

You have to have some sympathy for the police. They do a difficult job. The problem with the bad apple narrative is the video footage of the incident. Although the attack on Ian Tonlinson took place immediately in front of at least three other members of the Met Police, none of them appear concerned enough to go to the aid of Tomlinson. Neither are they seen to remonstrate with their colleague. The Guardian newspaper reported that the three police officers who witnessed the attack only came forward when they realised from the media coverage that the person they had witnessed being attacked had later died. The question needs to be asked what if Tomlinson hadn’t died? Presumably the three police officers wouldn’t have reported it. Its hard to escape the conclusion that there is a degree of tolerance in the Met Police for attacks on the public.

When there is a breach of the rules in your organisation, look to the bystanders to understand if the breach represents a wider endemic or institutional problem. Did anyone else witness the behaviour which caused the concern? If so, what was their reaction? Did they challenge the person? Were they silent? Take a moment to examine the behaviour of the people present during the incident to understand the health of your organisational culture.